The Lintianshan Forestry Culture Park used to be called Little Shanghai and Morisaka in Japanese, known for preserving the most complete logging base. Although the glory of Lintianshan has faded, the park not only preserves logging tools and traditional firefighting tools, Zhongshan Hall and other hinoki architecture are also preserved. Lintianshan with a rich history of forestry is a must-visit cultural attraction for visitors to the East Rift Valley. 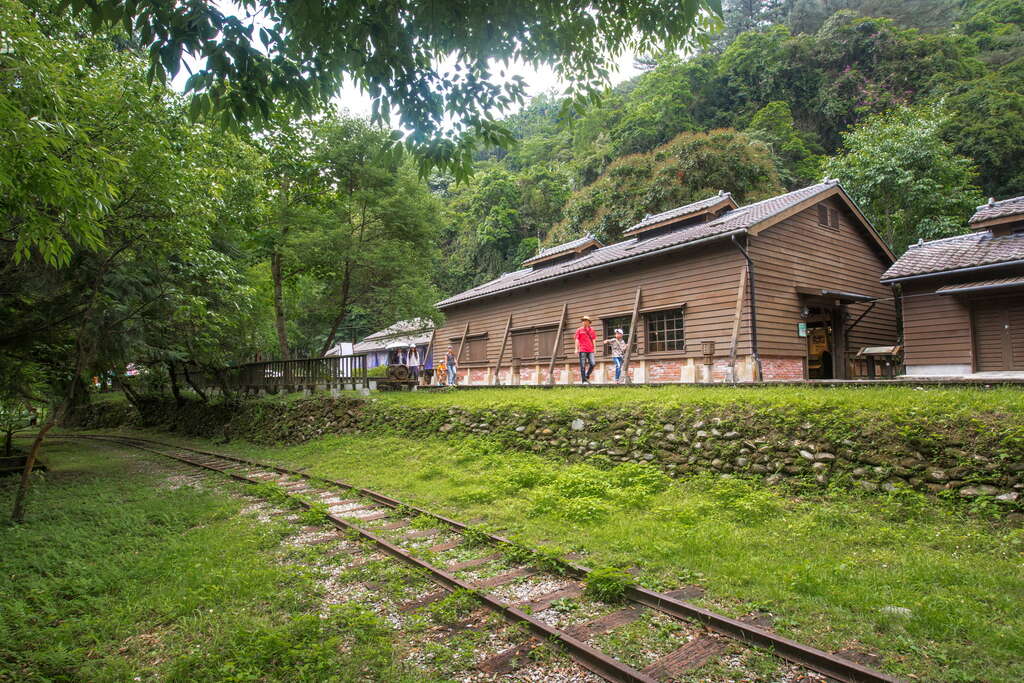 The glorious past of Lintianshan
Lintianshan used to be the fourth largest forest station in Taiwan after Basianshan, Alishan, and Taipingshan. In 1918, Japanese people set up the East Taiwan Log Joint Venture Company and began logging in Lintianshan. After 1938, the construction of railways for logs, Zhongshan Hall, dormitory, medical room, convenience shop, rice shop, grocery store, laundry shop, barber shop, fire brigade, kindergarten, and elementary school began, making Lintianshan the most well-equipped logging community at that time with 400-500 households inside. 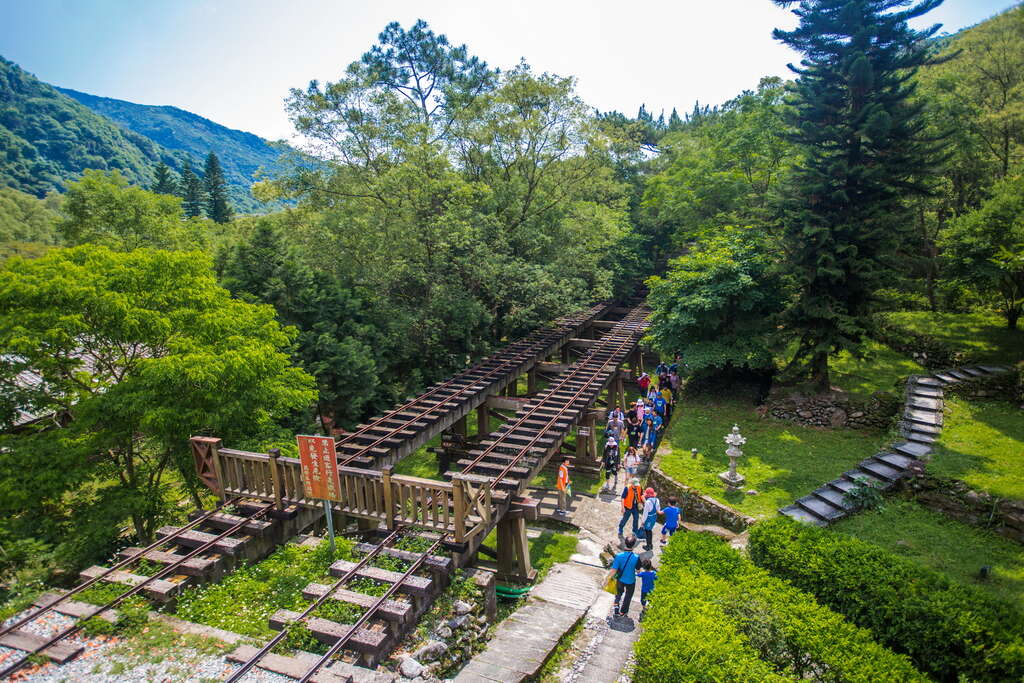 Zhongshan Hall – cinema for the residents
The most classic building in the Lintianshan Forestry Culture Park is Zhongshan Hall. The whole building is constructed with Hinoki wood. In addition to serving as a common event venue for Senrong Elementary School and the forest station, there were two film projectors at Zhongshan Hall. This was a big deal at that time. Every time when there was a pink notice of a movie screening published by the Forest Station Office, even residents from Changqiao Village will take the train to come here for the screening. 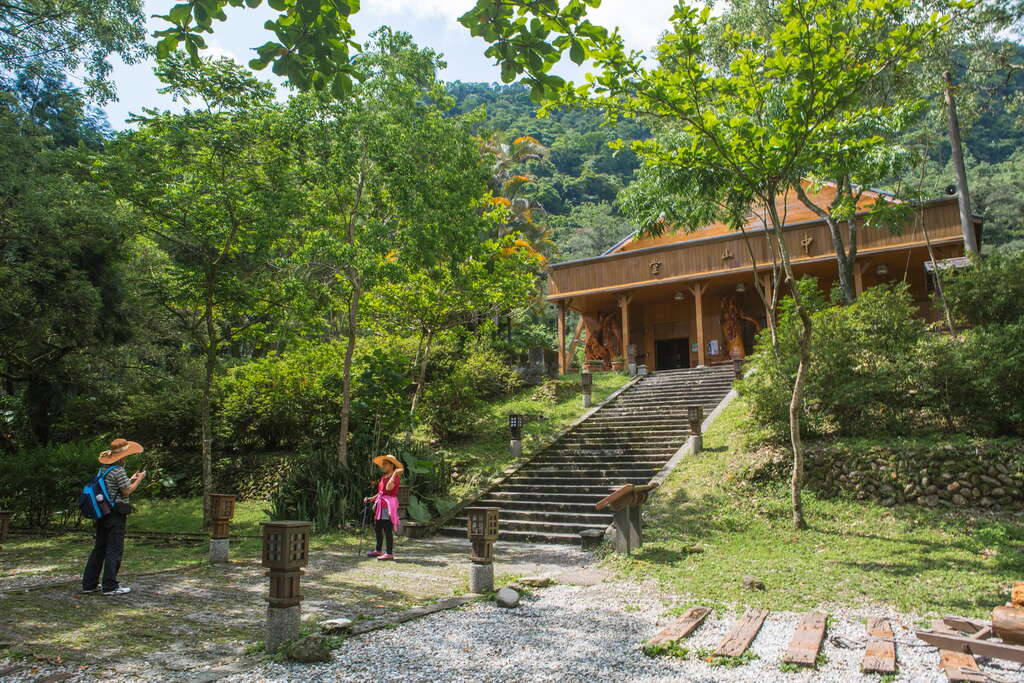 Relaxed afternoon time
Following the ban on harvesting natural forest in 1991, Lintianshan's past glory became history. Now when you visit the Lintianshan Forestry Culture Park, you can have afternoon tea at the café full of hinoki aroma, reminisce about the joyful cinema time for past residents, appreciate the woodcarving artwork, stroll in the Lintian Forestry Museum, and imagine the past glory of Lintianshan. 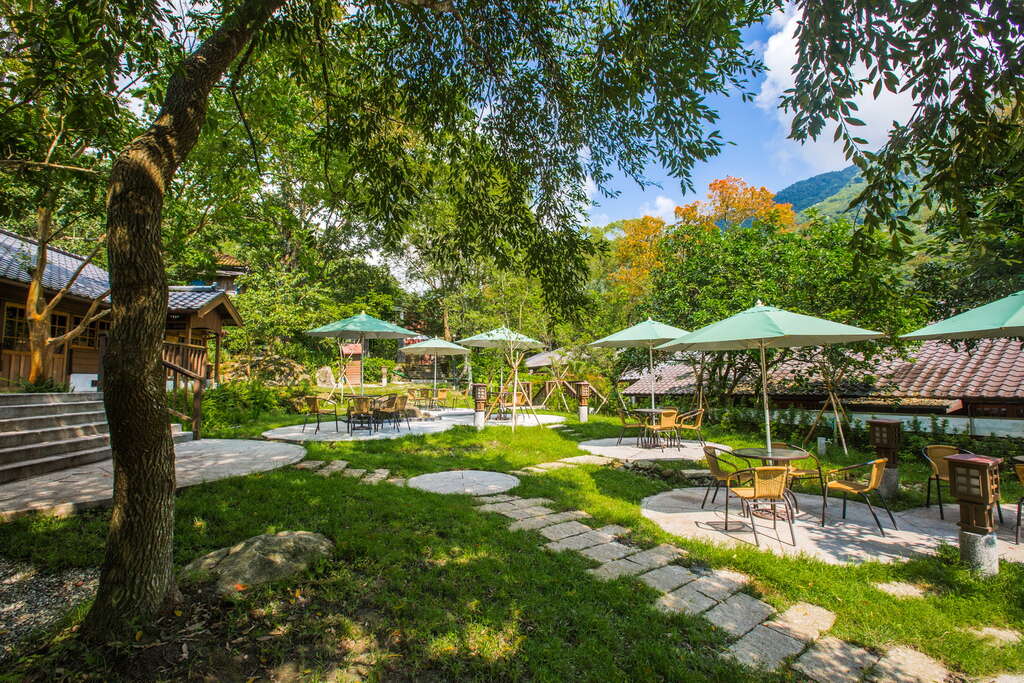 Charge Free
On holidays there will be professional guides from the national forest volunteer association offering guided tours here.